A downloadable game for Windows

I'd been considering putting up the source code for a while. The only real downside is the embarrassment of my amateur code which is a silly reason for having not done so. Maybe someone will find some of it handy.

Cyber SHMUP is a cyber-space themed shoot'em up game guaranteed to XOR your bools.

Fly through manually assembled missions of QWORDS and face off against hordes of maligned bits.

Equip a primary and secondary weapon to defend yourself, acquire memory to load up on damage, fire rate, or improvements unique to your primary weapon.

Use special abilities to increase your chance of survival as you seek out the sources of corruption within your system.

Delete the massive bugs within your system at the end of each level to free upgrades for your special abilities.

You will find that your enemies will become more resilient and more diverse the deeper you dive into your system. Eventually, your journey will require navigating ever-more treacherous spans of memory, shaped by the powers of corruption.

You have only one chance, admin. Do your best!

Version: 1.41.419
Updated to run on Unity 2017
Improved terrain flickering/wiggling on scrolling a bit
exposed FPS Limit to options screen (always existed in .ini file)
Performance increase on some UI drawing. Unity was sometimes rebuilding the UI hundreds of times a frame
Fixed glitch in death animation
Fixed animation hitching on some level movement
Fixed glitch that made the player unable to use the buffer ability for a short time in some circumstances
Fixed glitch in audio levels that made it so the music and sound effects were not completely muted when set to 0 volume
Fixed material stencil bugs
Tweaked the look of damaged enemies to be more visible and more clearly communicate the state of the end boss & phasing enemies
Fixed bug with the Buffer not picking up memory
Fixed issue with Segment Boss that could softlock if you killed the head segment and the one behind it in the same frame
Fixed opening the options menu for the first time playing an extra sound effect
Made laser/arcer hit sfx less ear piercing
Improved targetting for arcer/seeker/targetter
Tried to work with Dualshock4 controllers. If it's detecting a different controller as dualshock4 erroneously add "Dualshock4 = False" to the ini

Charge up colours easier to distinguish from Buffer

Changed ability pick up animation to better telegraph what it does

Uhh why does my copy say, "Not available on Windows"? Is that a problem with Itch.io, or is it intentional?

Looks like that was me forgetting to hit a checkbox in itch.io. Thanks for letting me know!

I'm loving this game but only made it to Level 3 (that square boss is quite difficult). How many levels away am I from finishing it?

edit: I've now made it to Level 6 and died at the boss.

Thanks for the info. Gonna have to keep practicing and get those last two levels done.

It's literally one of my favorite games now, thanks for making it! 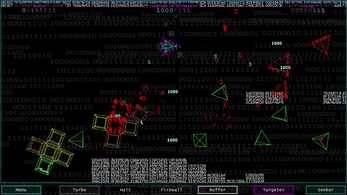 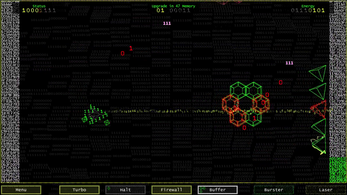